Indorama Eleme Fertilizer & Chemicals Limited (IFL) is the largest producer of granular urea in Sub-Saharan Africa. Urea is a nitrogen based fertilizer that is produced from natural gas and is widely used in agriculture. The plant is located in Port Harcourt, Nigeria, and was commissioned in 2016. It has a production capacity of 2300 tons per day of ammonia and 4000 tons per day of granular urea, making it the world’s largest single-train urea plant. Along with the main process plants, Indorama also constructed a gas pipeline to transport natural gas to the facility and an export terminal at Onne Port to export urea to international markets. IFL is the largest producer of urea in Nigeria and is selling an increasing quantity of urea in the domestic market. We are proud that now Nigerian farmers have access to high quality fertilizers available year-round.

The Ammonia Plant employs KBR’s Purifier Technology. The plant uses natural gas as the primary feedstock and fuel. Natural gas is first de-sulphurized and then steam reformed. The process stream is further subjected to secondary reforming with air. After a series of further steps, syn-gas, with a specific molar ratio of hydrogen to nitrogen, is made. The same is subsequently synthesized into Ammonia with the help of a catalyst. Carbon dioxide is formed during the process. That is separated, compressed, and sent to the urea plant for use in the production of Urea.

The Urea Synthesis process is based on Toyo’s ACES 21 Technology and Urea Granulation is based on Toyo’s Spout Fluid Bed Technology. Urea is made using Ammonia and CO2. Ammonia and CO2, both supplied from the Ammonia Plant, are fed to a reactor at high pressure and temperature where Urea is formed. The conversion is partial and the unconverted reactants in an intermediate form, as ammonium carbamate, are removed in downstream sections and recycled back to the reactor. The Urea solution is concentrated to 96% and then granulated in the Granulation section to produce Granular Urea. 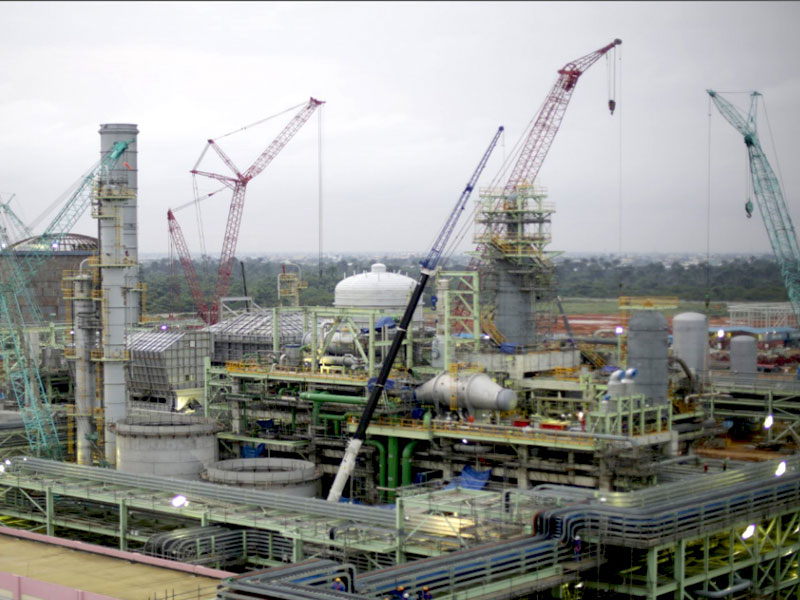 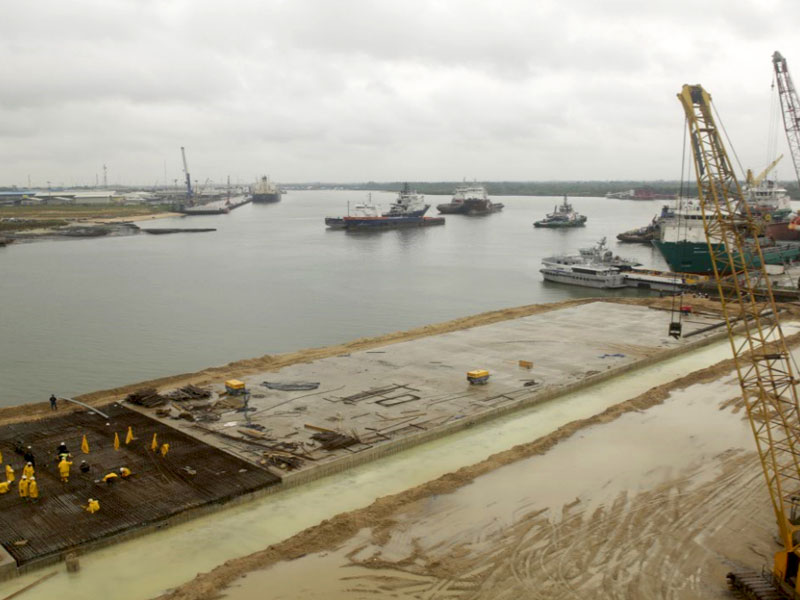 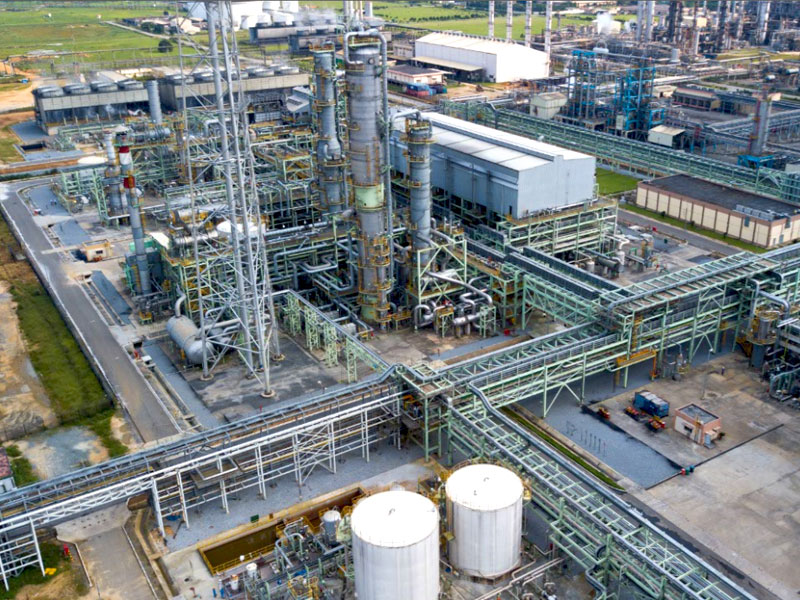 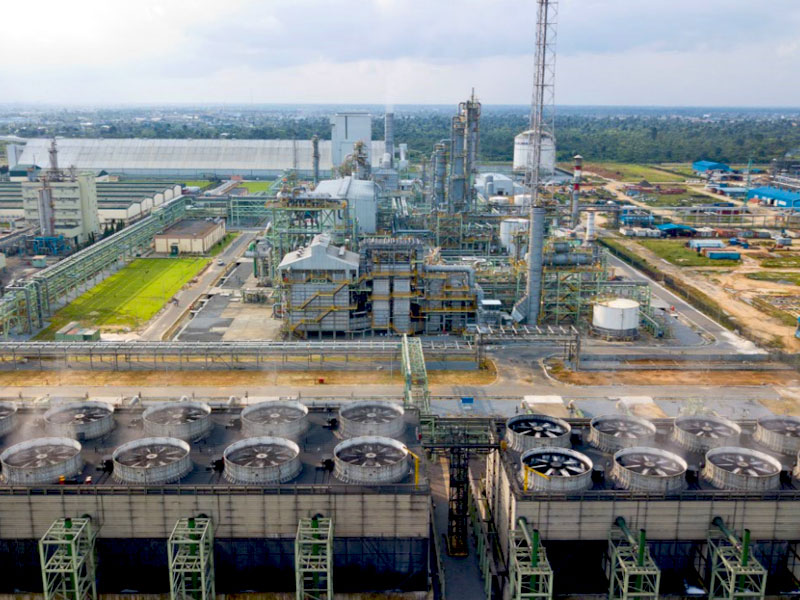 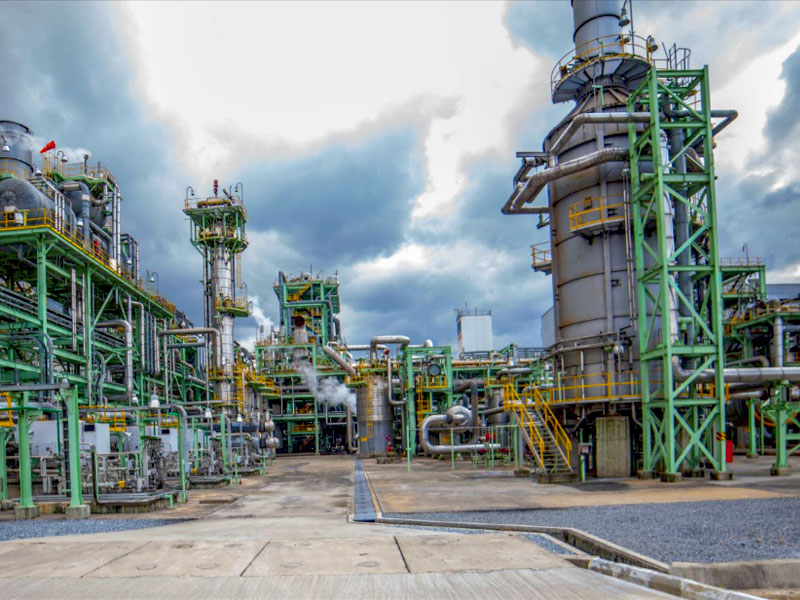 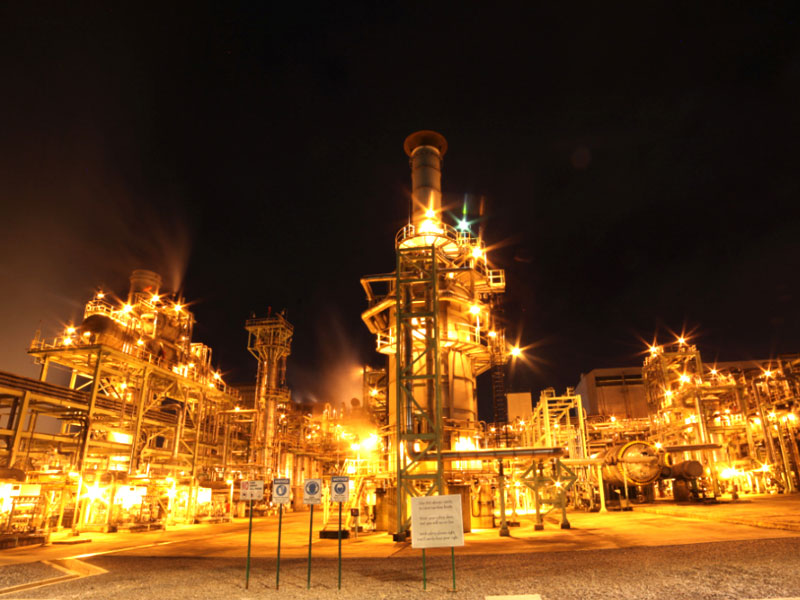 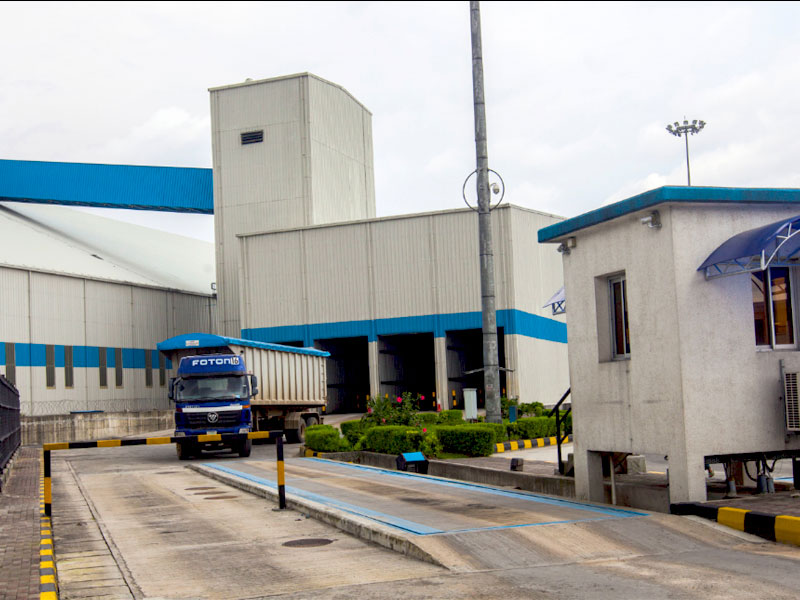 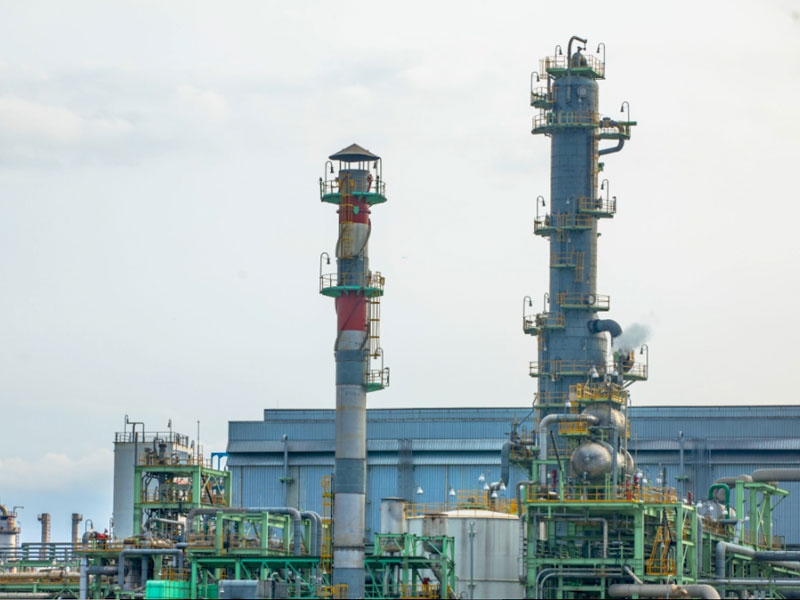 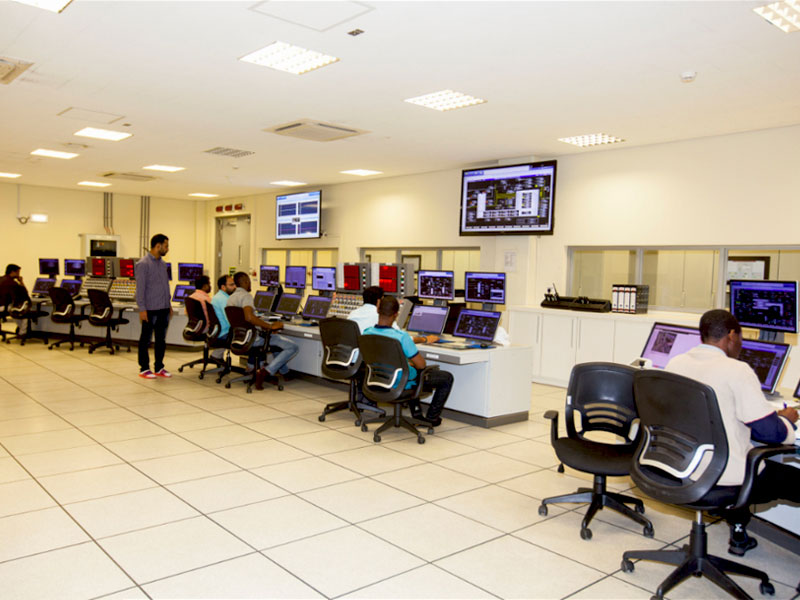 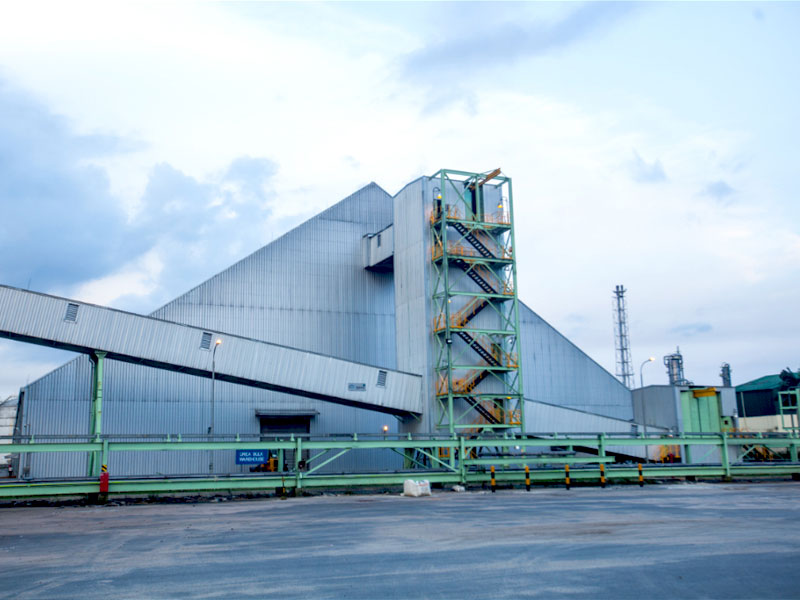